In 2013, Tracey Parsons and her mother Denise Leonard conceived an idea of holding an inter-school horse event at the best equestrian venue in the district – Australian Equine and Livestock Events Centre (AELEC).

Getting together other like-minded people from the region who all had expertise in their various equestrian fields, ISHE was born.

ISHE is open to primary and secondary school students with children ranging from 6yrs to 18yrs of age. Riders come from as far away as the Snowy Mountains to South East Queensland. The event now runs over four and a half days and is so popular that some disciplines are capped and have waiting lists.

The ten dedicated committee members have strived to hold an event with state and national level qualifying competitions and is affiliated with EA Australia and the ABCRA. Over the years, we have showcased other equestrian sports like Polocrosse, Horse Ball, Cutting, Mounted Games, and Vaulting. Fun events are held in the evening to entertain us all, such as the ever-popular Woof and Hoof and the Sausage Dog Race.

We are ABCRA and EA affiliated. 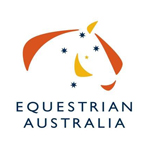